Europe has come a long way in fighting tobacco. There’s no doubt about that. The effects of policies adopted in the last 20 years or so are showing. Europeans are smoking less. Fewer kids are taking up smoking. But is all the work done that should be done?  Is tobacco “solved”?

Can tobacco be solved when a million kids and young people, East and West, North and South, are still taking up smoking every year?

Can tobacco be solved when a tenth of its hundred-billion euro tobacco market is unregulated, untaxed, and benefits criminals only?

Can tobacco be solved when social media is rife with advertising and promotion of products and companies?

Can tobacco be solved when it remains addictive, attractive and affordable ?

Can tobacco be solved when its manufacturers still spend millions and millions of euros interfering in policy-making ?

Can tobacco be solved when few European countries are actively trying to solve it?

In a few days, Europeans are going to elect a new Parliament to serve their interests. Some of those newly elected MEPs will become part of a parliamentary Health Committee. A new European Commission will be in place soon thereafter and in it, one Commissioner will hopefully be appointed to watch over Europeans’ health. And unlike most things in politics, with tobacco we know what needs to be done : implement the Framework Convention on Tobacco Control. Many opportunities at EU level will be available in the coming political mandate to make decisive progress.

With tobacco we know what needs to be done.

As we speak, the EU is in the process of implementing a tracking and tracing system which will assist its Member States and the EU in reducing the illicit flow of “lost” tobacco products from the legal supply chain. Reducing illicit tobacco means reducing the availability of cheap, affordable, untaxed, unregulated product to the most vulnerable: young people. The success of that system will help governments in better protecting their tobacco control policies from being undermined, while also recuperating revenues.

Later in 2019, the institutions will resume discussions on how best to use substantial resources available for  research. The FCTC includes an obligation on its Parties – including the EU and its member states – to undertake policy research to best target evidence-based tobacco control measures in their jurisdictions. A global Knowledge Hub focusing on this obligation is located in Finland.

Taxation is the single most effective tobacco control policy.

In 2020, the new Commission may propose a new directive on tobacco taxes. Taxation is the single most effective tobacco control policy –and yet,  it is only effectively deployed in a handful of European countries. Increasing the minimum tax levels to reduce the price gap between EU countries would benefit public health by preventing millions from taking up smoking in the medium term, while bringing in new revenue to governments.

In 2021, the Commission will report on its most important, recent achievement: the Tobacco Products Directive. A comprehensive look at the market developments, the functioning of some of the key measures, and at the health impact of these measures will also have to include the question: Are we doing enough?

And sometime along the way in the next few years, we will have to take a long hard look at the legislation protecting our children from tobacco advertising. The 2003 directive is older than the Convention and its guidelines, but also older than social media. Our children aren’t.

We will have to take a long hard look at the legislation protecting our children from tobacco advertising.

During its 2016 EU presidency, Finland introduced the term “Health in All Policies”. Since then, “HiAP” became a well-embraced term; with every embrace and abbreviation in the EU policy environment, it lost a little bit of its powerful meaning. But achieving tobacco control depends very much on its achievement: tobacco control must now be understood and embraced in tax and finance, economic and customs, research and audiovisual, internet and agriculture regulators. That is enshrined in the Convention. While the health community is driving this message, we must rely on strong European health leadership, which is what citizens want, need, and ask for. We hope that Finland, one of the few European countries with an agenda to achieve a tobacco and nicotine free generation and the first to promote the value of all sectors working together for health, will provide it this year. 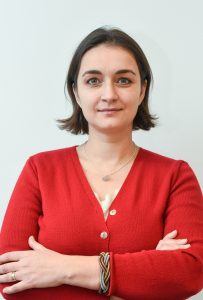 The SFP Coalition is a specialised network comprising of independent EU and national organisations with technical expertise in tobacco control policy created in 2014. There are currently 44 partners involved in the co-operation network.