The Nordic countries have all ratified the World Health Organization’s (WHO) Framework Convention on Tobacco Control (FCTC) and thus undertake to work with the recommendations made by WHO. It includes various prevention efforts and, among other things, provision of treatment for tobacco dependence.

WHO* recommends at least three smoking cessation interventions as a part of a comprehensive tobacco control program. They are:

In general, the Nordic countries meet WHO’s three minimum recommendations, but there are some individual differences.

The Tobacco Control scale in Europe is based on six policies outlined by the World Bank, which are in line with the WHO’s FCTC, and which should be a priority in a comprehensive tobacco control program. The latest follow-up on the implementation work in Europe came in 2016, but since 2005 it has been possible to follow the implementation of the work. On the overall score, all the Nordic countries are in the top 10, except for Denmark, which ranks as number 23. However, if you only look at the policy regarding treatment of tobacco dependency, then Denmark and Sweden have the highest scores of the Nordic countries.

Since tobacco smoking is one of the greatest preventable causes of morbidity and mortality globally, it is important to continue the battle to reduce the use of tobacco. Both Denmark and Sweden have initiatives focusing on phasing out smoking, but as the only Nordic country, Finland has included the objective of becoming a tobacco and nicotine-free country by 2030 in their tobacco legislation. To achieve this objective, an effective tobacco control policy and effective smoking cessation services are required, but it will be exciting to follow. Hopefully it will be a success that the rest of the Nordic countries can be inspired from and follow.

*Since writing the blogpost, WHO has published a 2019 edition of the report on global tobacco epidemic. 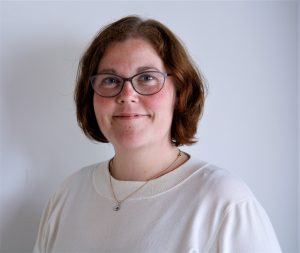 Nadja Frederiksen is the Project Manager at Nordic Welfare Centre, and she was working on a Nordic project on tobacco from 2017-2018.